the main / All Plumbing / heating / What temperature should be in accordance with the law apartments
Content:

Maintain a comfortable temperature, comfort in apartment buildings - a priority of public utilities during the heating season. There is heating in the apartment rate, determined by the laws of the Russian Federation for all areas of the country. What if this should be temperature radiators, air of individual rooms, as well as what devices determined.

Who is responsible for the maintenance of the central heating system in operation, providing a full range of public services. As tenants influence the microclimate of premises and apartments which can complain of insufficient or excessive heating.

Russia - a vast country with a radically different climate zones. Unable to set a single start time of heating period in order to maintain the established norms of the Russian law on heating in the apartment, providing comfortable accommodation regardless of the ambient air condition medium.

RF Government Decree №354 (latest revision of 27.03 2018 of the year) clearly defines the beginning of the heating season anywhere in the territory of Russia. According to this law - central heating starts, if a 5 consecutive days ambient air temperature is less than +8 degrees.

Further, maintaining the standard temperature of premises of an apartment building or a mixed-use building is governed by the state of coolant, input at the central heating system. for example, regulations radiator temperature in an apartment in Moscow is no different from the average, adopted by Russia.

hospitals, kindergartens, schools, local government is entitled to give yourself a decree on the early start of the heating season. It depends on the weather conditions (cold wind, rains, snow) state and the air temperature in the premises.

Ability to turn off heating

During the heating season the heat supply can be switched off in case of emergency. Thus defined time limit stop central heating. They are uniquely determined by the allowable standards (GOST R 51617-2000, paragraph 4.16.1):

On the temporary disabling of the Criminal Code is required to notify tenants, indicate the planned timing of repair work. Fault lines and their connections belonging to the area of ​​responsibility of the Criminal Code should be eliminated immediately (Annex C, GOST R 51617-2000).

If you exceed the allowable limits reduce the temperature and timing of the consumer has the right to draw up a statement on the state of the air in the living room, poor quality of the provision of public services management company. The act is the basis for the bringing of the Criminal Code of claims and a decrease in payment for heating, the size: 0.15% for each hour (RF Law "On Protection of Consumer Rights").

Resursopostavlyayuschaya organization and management companies are obliged to provide public service delivery of coolant to consumers in full, without interruption during the entire heating season. The heated rooms of communal living areas are defined standards enable heating in the flats at low temperatures.

Acceptable climate indicators for individual rooms of an apartment building or dormitory are given in the table 3, paragraph 4.16.2, GUEST 51617-2000. Here standards are advisory in nature, but the difference should not be more than 1 — 2 degrees. The data are shown below.

An important role in securing and maintaining a comfortable temperature plays convection - moving, mixing warm and cold air. In the second column of the table 3, paragraph 4.16.2 GUEST 51617-2000, opposite each normalized temperature indicator, provides necessary ventilation rate or amount of air, deleted extracts.

On the issue of heat loss

Calculation of heat losses in the design of multifamily buildings held by the reduced thermal conductivity. This value, showing how many watts of heat passes for 1 hour after 1 m2 wall when the difference between the inside and outside temperature 1 degrees. for example, brickwork 380 mm spends 0.68 m2 * C / W. 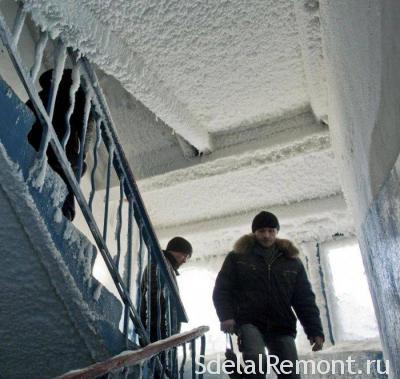 Members, as well as service providers, have specific responsibilities for the conservation of energy produced, keeping the necessary space tightness. The RF Government Resolution №307 established such rights and obligations, defined methods of control over the quality of service delivery, given the order recalculating the amount of payment in case of violation of consumer rights. Where to go on poor heating and how to make a complaint.

Unified standard radiators the temperature in the apartment for the heating period does not exist. State Construction Committee under the Decision №170, application №11 - each boiler schedule recommended to have good regulation state of water in heating systems with settlement and current ambient temperatures. Even two such plots: feed 95 0WITH, Reversed 70 0105-70 C and 0 ° C respectively.

From these graphs resursopostavlyayuschaya organization delivers the corresponding coolant temperature. From large CHP district heating is supplied by superheated steam to heat points, where the temperature is adjusted to the permissible, then the water enters the houses heating network.

In the calculations, graphs necessarily take into account the heat losses from the boiler to the heating station. They agree to a timetable, compiled directly for the heating system in apartment building. 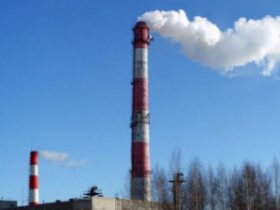 When the double pipe system allowable temperature coolant supplied to the risers must not exceed 95 degrees. This is due to security issues, sanitary, hygienic requirements SanPiN 2.1.2.2645-10 "Norms of heating in the apartment". In this system should uniformly warm air, not pollute the environment with harmful substances, not to create noise.

On the other hand - 95 degrees is the limiting temperature, admissible for risers from polypropylene or PE-x / EVON pipes. This material is widely used in piping systems for thermal systems in modern construction.

Rate of heating element temperature does not play much importance. In fact important thermal conductivity material that makes up the battery and the number of sections. The greatest heat transfer heating elements have aluminum and bimetallic radiators.

Cast-iron batteries take on this indicator is one of the last places of commercially available heating elements, lower heat emission only from converters. Wherein, iron sections accumulate more salt deposition, present in the coolant, which helps to reduce the flow section, not reached normal temperature radiators in an apartment or other premises.

Important! You can not change the circuit layout at stoyakovoy feeding coolant, replace the heaters without the consent of the Criminal Code.

With a decrease in the outside temperature, Batteries should become warmer, provide comfort to tenants of apartments. Anyway, heating heaters should not exceed 95 degrees (SanPin 2.1.2.2645-10). On the other hand excessive heat in the room is also not desirable.

Rate control temperature radiators in the apartment and the surrounding air is produced according to the rules, set out in IEC 30494-96. 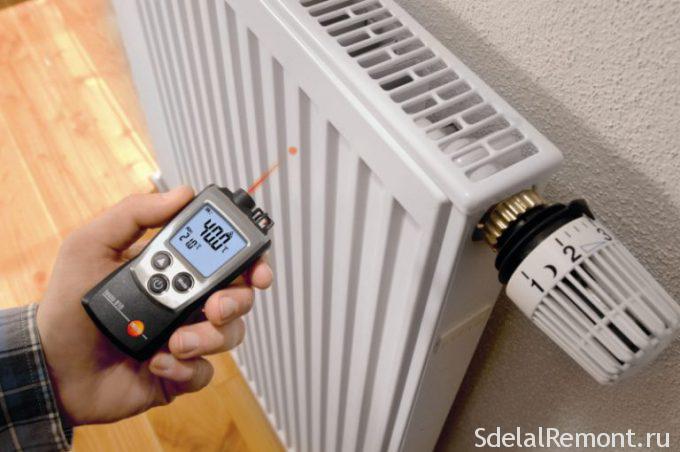 Measurement of the temperature of the heat sink

Measurements are made in at least two rooms globe thermometer:

When measurements - temperature difference between the floor and the center of the room should not exceed 2 degrees.
The abundance of options, determined by law, impressive, but not all are respected. The number of complaints to the Criminal Code for the heating season is growing in proportion to the wear of systems. everyone will say, what a hot battery and pay does not hurt, even with the rising cost of thermal energy. Find out more, of individual counters for heating in the apartment.