the main / All the repair / doors / Where applicable the door laminated PVC?
Content:

laminated doors (PVC) used frequently: they are well suited to modern interiors, They differ from the wood more attractive appearance, which persists for a long time. Products have a number of advantages and benefits, are worth considering in more detail.

studying, which door is better, PVC or laminated, you must first study the characteristics of products, evaluate the pros and cons. Laminated products have a number of significant differences from normal PVC doors. Lamination is a thin film, that covers the door leaf, protecting it from damage and giving the desired appearance. Typically, interior doors with PVC coating is easy to distinguish from products, made from other materials, eg, wood. 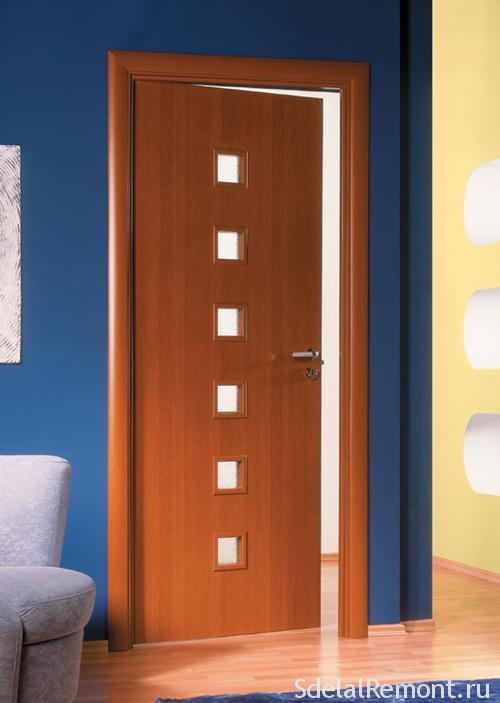 Laminate and PVC is often referred to as one group of goods, so as PVC - a kind of cover, capable of creating a laminated surface. But the specifications in different materials, Therefore, products made of them should belong to different types.

doors, coating which - PVC film, arranged quite simply. The basis of the web acts, which may be made of any material, manufacturers usually take as the basis of MDF. The product may consist of several elements, which can be connected to each other is difficult enough, if he required by the design. Thereafter, by means of hot-pressing the film onto the web is applied. Thanks to the features on the door surface technology appears bubbles, separation or other effects, affecting the appearance design. 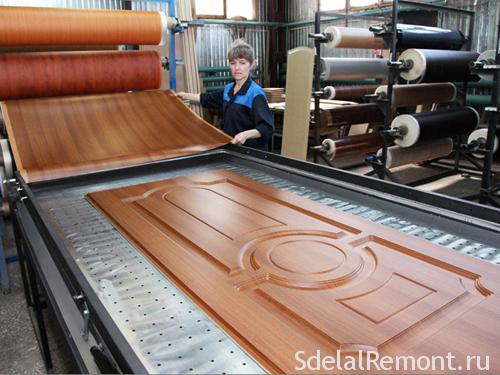 How does the door of PVC?

choosing a door, PVC or laminated, what's better, We need to study the characteristics of products of different manufacturers. The web may be substantially different in quality, since you can use a variety of materials for it. To create more affordable products manufacturers use thin MDF sheets, which are attached to a wooden frame. To create a frame is usually used glued timber from pine: it is the most inexpensive and lightweight material. Higher quality ones doors, are made of plywood or chipboard, however, they can be used only in those areas, where the humidity is minimal. 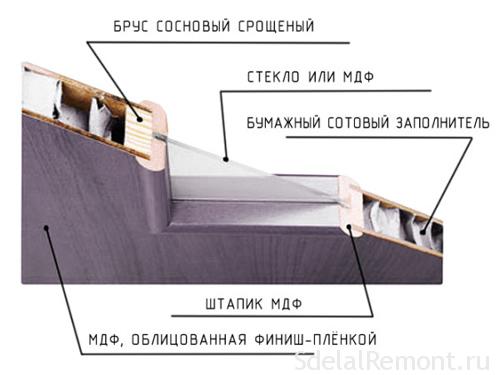 Doors with PVC coating can have voids: they are usually filled with the help of cardboard. The design helps to better insulate sound and heat, thus it becomes much more difficult and almost does not affect the use of cardboard inserts in the final product cost. 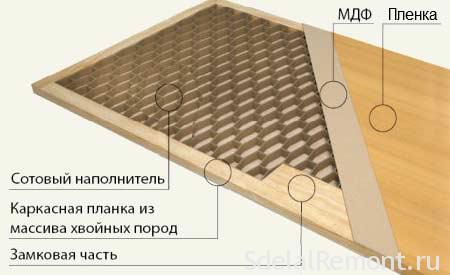 If the model is more expensive, it can be applied to a one-piece sheet MDF. This door is better to isolate noise and better at trapping heat in the room. There are models of interior doors, filled with polystyrene foam: This is done to insulate the structure. MDF door with PVC coating may have laths. For this, use thinner sheet, glass or mirrored surface. After that, the base is glued laminated products; PVC can be used.

What can be used films?

studying, They differ from laminated PVC doors, pay attention to the particular laminating films. This figure is the main difference of products: on, a film quality, depends on the, how long a product, its appearance, the conditions in which you can operate the door.

interior doors MDF-film can be as follows: 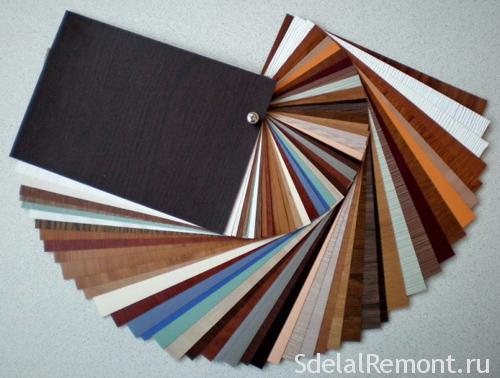 choosing, which door is better, PVC or laminated, pay attention to the advantages and disadvantages. Laminate models are cheaper than solid PVC, They have a rich palette of colors, can mimic other materials, such, as a tree, leather, a rock. Qualitative film can protect the door leaf from moisture. The doors are lightweight. The disadvantage is the low strength of the films, inability to remove scratches, Many films are peeled off, fear of moisture or ultraviolet.

Choosing laminated doors or PVC, primarily focus must be on quality. If the door will be used infrequently and is an interior element, the laminated suit, if you plan to harsh and a higher quality, better to give preference to PVC.