the main / All electrics / Wiring / How much will last wiring?
Content:

When installing new wiring owner of premises is committed to do everything so, so that this operation does not return, Therefore, when performing repairs or in the process of construction is always interested, how much is the life of the wire. In this case, often there is confusion in the definition of the concept of life - designers, manufacturers of cables and electrical operate with different numbers. So to start define some terminology. 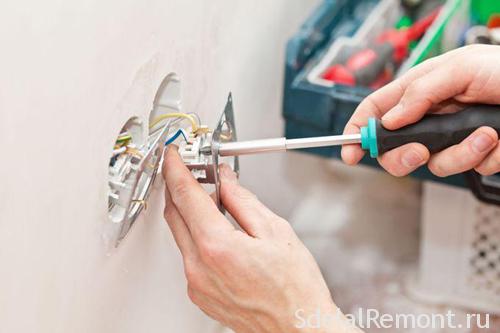 This figure is theoretical in nature, it is used by designers in the development of the project. Denotes the time interval, during which cable subject to rules of their operation will be properly facilitate the delivery of electricity to end users. example: for NYM cables, operating in the temperature range of -50 to +50 WITH, voltage load that does not exceed 660 volt, this period is 25-30 years old.

The practical meaning of the application of this concept is only in the planning of scheduled maintenance and checks wiring condition. Real her lifetime may differ significantly from the nominal.

But there is one important point. Free replacement is carried out only under a number of conditions:

If the cable is overheated, if it has been energized above the maximum design, or has exceeded the maximum current, warranty is void.

Cable manufacturers check their products on special test stands. Checks are carried out in conditions, close to real operating conditions. Cable laid in Stroebe, in the corrugations, a wiring circuit switched connections and terminals stranding. After that, the wiring runs "test of strength" - to the wire fed medium design loads, peak (and voltage, and current strength), checked response to changes in temperature.

To determine the service life of wires PVA, the shell of which is made of soft vinyl, in room, where tested, change mode as humidity, in some cases the wire is tested for the ability to withstand UV radiation.

Checks are carried out at the start of each new series, the introduction of new equipment, when you make any changes to the process. Selectively tested cable from different parties from different shops. Controlled by changing the physical characteristics of the cable, its conductivity, resistance. Checks the integrity of the braid - does not start if it to lose elasticity and break down. By varying the load the test and carry out continuous measurement of the cable characteristics, it is possible to predict the state of through 10, 20, 50 years of operation under different conditions. 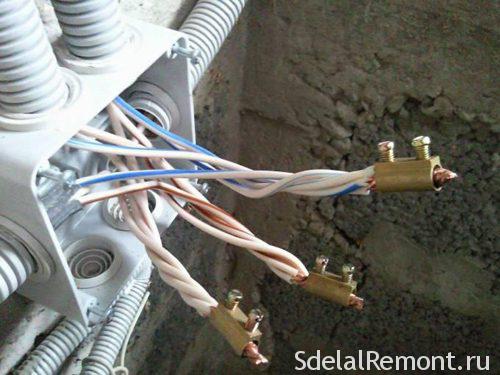 This indicator is the owner of the premises and the most interesting. In the same time, in practice, this is where there is the greatest Extension, since the real life of electric wire depends on many factors, which were listed just above. If wiring is done correctly, installation carried out in compliance with all requirements of electrical SNIP, load does not exceed the calculated, and so on, the wiring can last for a hundred years. But if at least one of the many conditions are not met, service life is shortened.

Much depends on the correct choice of cut-out switches. for example, solid conductor-section 2,5 mm sustain current to 25 ampere. automaton 16 amp will knock before, than this wire will have time to heat up from the increased load. automaton 40 amps will continue to work, and the cable during the flow of current through it in 32-35 amps just melted.

One more example: cable feeds three-local outlet in the kitchen, to which the microwave oven connected, coffee maker and kettle. Under normal conditions, these devices are almost never work at the same time. But they can all be included, even for a short time, in the preparation or conduct of a large family celebration. Even a short-term peak load will reduce the life of wiring service.

Overheating - a separate issue. It can be caused not only by excess load, but also by external factors. for example, after wiring cable line was installed in an apartment fire and as a result of some wire was in the immediate vicinity of the chimney. Continuous heating in the worst case lead to damage to the sheath (and, naturally, for short zamыkanyyu), at best - a physical change cable features, which will reduce the term of its operation. 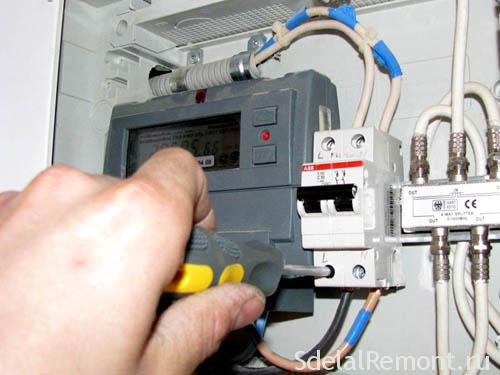 This is one of the first questions, raised when wiring replacement under repair in residential area. Generally, the answer is often clear - Copper. The reasons are fairly - the lower resistivity of copper, higher conductivity, almost twice the ultimate load of the power for the same cross-sectional area. And the life of the copper wires more - 20-25 years old (nominal) vs 15-20 of aluminum. But there are some nuances.

If something and change, all fully. First of all, Connect copper and aluminum conductors - a weak spot in the wiring even when using the terminal of a third metal (straight twist in this case is generally inadmissible, as copper and aluminum form a galvanic couple). Secondly, partial replacement in order to increase capacities wiring on some loaded site (eg, the kitchen with a full set of home appliances) will not work. copper cable, laid in the wall directly in the kitchen, indeed itself to cope with the increased load, but aluminum, coming from an apartment in the panel junction box - no. 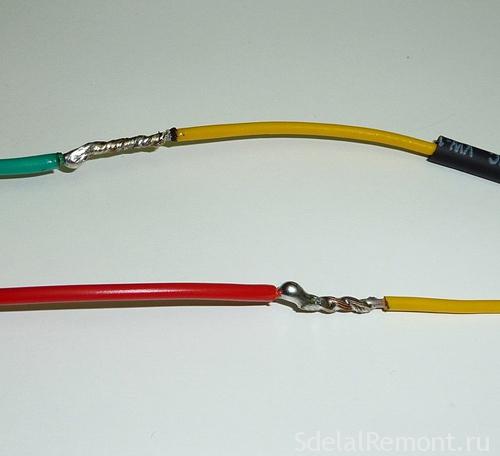 Another point, worthwhile - the economic feasibility of such a replacement,. Copper conductor is still more expensive than aluminum, and, if the house is not "packed" so, wiring required to really gain, there is no reason to change it just because, that "aluminum is out of fashion".

With regard to the operation duration - there are houses, in which the actual service life of aluminum wires is already 50-70 years old, and wiring in them at the same time does not need to be replaced. As mentioned, it all depends on the specific conditions. 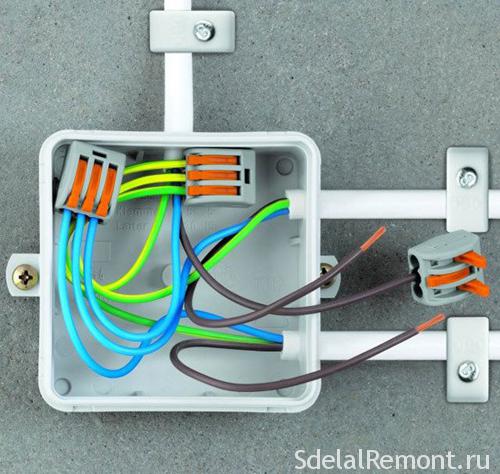 So that, if the house is not packed with household appliances, and repair budget is limited, you can change (if ever there is a need) and aluminum. The only caveat - in this case it will be necessary every two to three years to carry out a kind of prevention. Its essence lies in tightening the clamping screws in the switch and socket. aluminum is plastic, effort on the part of the screw (or pressed against them pad) It leads to its deformation, Contact weakened over time, namely poor contact is the most common cause of fires due to electrical wiring.