the main / All Plumbing / plumbing / Why there is condensation on the cold water pipe and how to get rid of misting
Content:

Among the challenges of modern equipment housing problem of condensation on the cold pipe often enough to become one of the reasons the deeper problem situations ranging from the banal pipe breaks, and ending with the destruction of the structural elements of the building. Considering the situation of condensation on cold water pipes must first understand, that in many situations not critical, because this phenomenon is largely a consequence of physical processes, so if there is an explanation of the phenomenon, so, There are ways to eliminate condensate on the cold water supply pipes.

The dew point of what it means?

Before you begin to answer the question how to get rid of condensation, correct to find an explanation for this phenomenon, in order to more clearly understand the cause and possible methods of combating it. A fairly simple explanation, why sweat cold water pipe can be represented as follows - any room air has a temperature wherein, except the air temperature target is characterized by such indicator, as the presence of water vapor therein, upon cooling and which are formed waterdrops. supplying cold water temperature in a room with normal room temperature +22-23 With much lower, about + 15-16 WITH, and if it is plumbing, connected to an individual well or wells, it +10-12 WITH. And as a consequence, steam of air is condensed on the cold surface, thereby forming a drop of water. 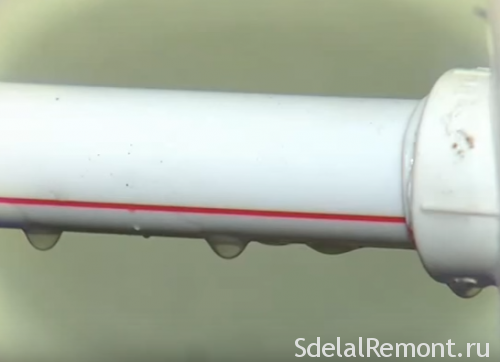 However, such a relatively simple explanation does not disclose the features and audio problems, why cold steam condensate pipe does not always appear. This phenomenon, the condensate on the cold water pipe depends largely on humidity, its saturation with water vapor. Complex of formula finding dewpoint to determine the particular indicator surface temperature and humidity show, that the more saturated air, the smaller the temperature difference for condensation surfaces should be. for example, at an air temperature +23 C and a humidity 60% condensate will be formed at a surface temperature aqueduct +14,8 WITH, and even at 90% already at +21,3 WITH.

Condensation in the room - the main causes of

According to the requirements documents, determining the temperature in a residential house premises to district heating temperature should be within +20-23 WITH, temperature of hot water within +65-75 WITH. But feeding cold water temperature is considerably lower than, and although it is not governed by regulatory understandable, that the difference between the even how warmed air, and what is the temperature of cold water is quite sufficient for the formation of condensate droplets.

To lay modern rooms mostly practiced conventional communications arrangement - Bathroom, the toilet, Kitchen is one pipeline. If the layout of the apartment provides a separate location of bathrooms and kitchens, the problem of how to remove condensate from the cold pipes will have to solve a few entry points, but for all those premises, first of all, should pay attention:

And for apartment buildings, and private homes The pipes wirings Cold water is made based on the most efficient use of materials and positioning devices, connected to the water - boiler, hot-water boiler, bath, shower, the toilet, wash, washing machine. In view of this water pipe length with cold water selected minimum. However, to connect many devices used only cold water whereby surface area, in which condensate is formed emergence, significantly increased.

Besides, to pay attention, on that moment, that drops on the tubes and hoses are formed in different areas unevenly, in some they appear more often, in other less. for example, condensation on the cold water pipe in the toilet, especially if it's an apartment building on the pipe pipeline it will almost always be present, and a hose, marching to the boiler or washing only sporadically, and then during the, when it will pass the water supply.

Another important point, Why is the existence of the pipe mokreyut room ventilation, and no formal, but really working, with a real air circulation. It is very important to quickly get rid of condensation on the cold pipe in the kitchen or bathroom, because in these areas there is often a huge amount of water vapor.

Details about how to read how to get rid of condensate on a toilet.

To eliminate the problem of condensation on cold pipes should carefully carry out a study of problem areas, because in each case is somewhat unique situation. Today, the successful solution of this problem must be approached comprehensively, especially because today there is a whole arsenal of methods, allowing escape of condensate on the cold water pipe.

The main methods are the:

Largely, sweat why tube in a toilet, prompt ordinary ventilation grille. More often than not solve the problem of dew on pipes in the toilet, you can use clean the vent - enough to remove the grille, and remove any debris from the canal. Improved air circulation and reduce the moisture condensation performance.

for rooms, in which the metal-plastic windows and there, where natural ventilation does not give the desired effect it is recommended to install a vent flow fan, providing, in this way, Forced removal of air from the room.

For the main riser, the most effective way is the cold water pipe insulation special insulating sleeve. It is sufficient to cut a suitable insulating sleeve diameter, wrap them main pipe and secure it with tape. Below video how to isolate the pipe from perspiration :-)

Will get rid of the condensate pipe may be used for insulation liquid corundum which prevents the formation of moisture. 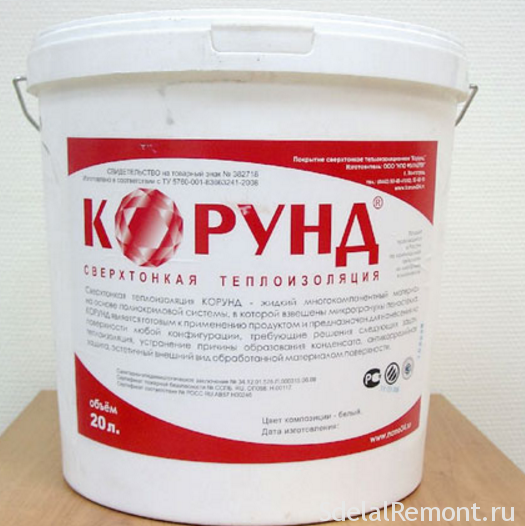 A further method of cold water pipe insulation by coating is a condensate liquid pipe insulation. Special composition is applied by brush to the surface normal of the pipe, which after curing forms a heat insulation layer.